The Hate U Give : the relevance of the novel three years later 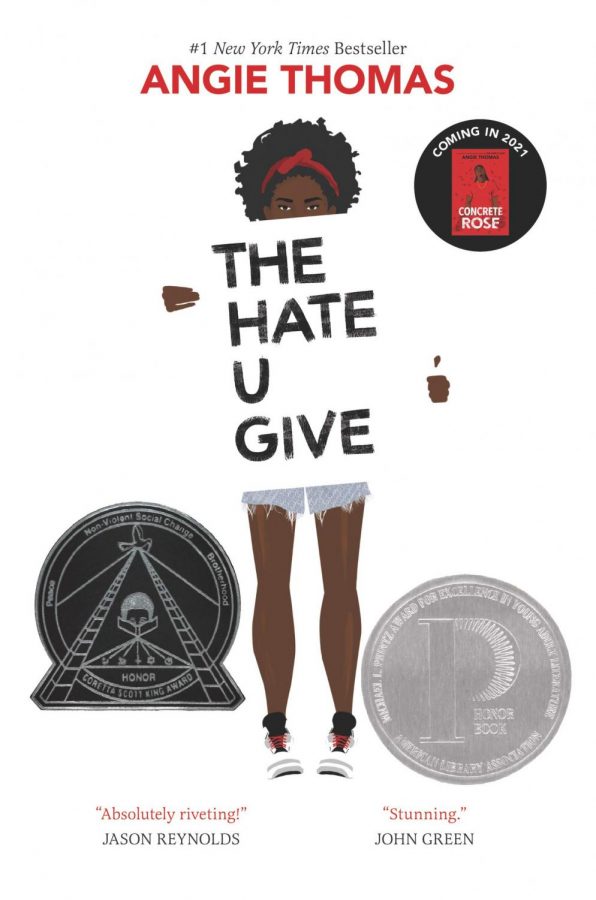 The #1 New York Times Bestselling novel that swept the globe started as a short story written by then-college student Angie Thomas in response to the police shooting of Oscar Grant in 2009. Initially rejected more than 150 times, HarperCollins Publishing LLC released The Hate U Give in February of 2017 as Thomas’s debut novel.

On the way to becoming a classic novel of the 21st century, The Hate U Give is taught in schools alongside Harper Lee Collins’ To Kill A Mockingbird and George Orwell’s 1984. “…this book is so relevant to the world we’re currently living in, [especially] in terms of protesting and standing up for your rights,” Mrs. Marvin, who is currently teaching the novel, stated in an interview. Many students agree, such as junior Mackenzie Taylor. “The Hate U Give is important within today’s society because the novel addresses racism, activism, and how the police treat people of color,” Taylor said.

Without giving too much of the story away, The Hate U Give begins with sixteen year old Starr Carter attempting to balance the worlds of “the poor neighborhood where she lives and the fancy suburban prep school she attends.” This delicate balance comes crashing down when Starr witnesses the fatal shooting of her childhood best friend Khalil when he was unarmed. The fate of the community and Starr’s safety all comes down to what she says or doesn’t say about what happened that night as the only person there.

At the “Angie Thomas: On The Come Up” event at London’s Southbank Centre in March of 2019, Thomas said to aspiring writers “Write for yourself- first and foremost. Write the stories that you want to read… Write it because you enjoy it because that’s why you will enjoy writing it.” In a 2019 question and answer interview with The Guardian, Thomas revealed that her passion for writing began when she was a teenager writing transformative works, more commonly known as fan fiction, for the soap opera Passions. Overwhelmingly positive responses on her fanfictions encouraged Thomas to create her own worlds and characters. Thomas’s second novel On The Come Up was published in 2019 and her third novel Concrete Rose is set to be released on January 12 of 2021.