Cross country claws their way to the finish line 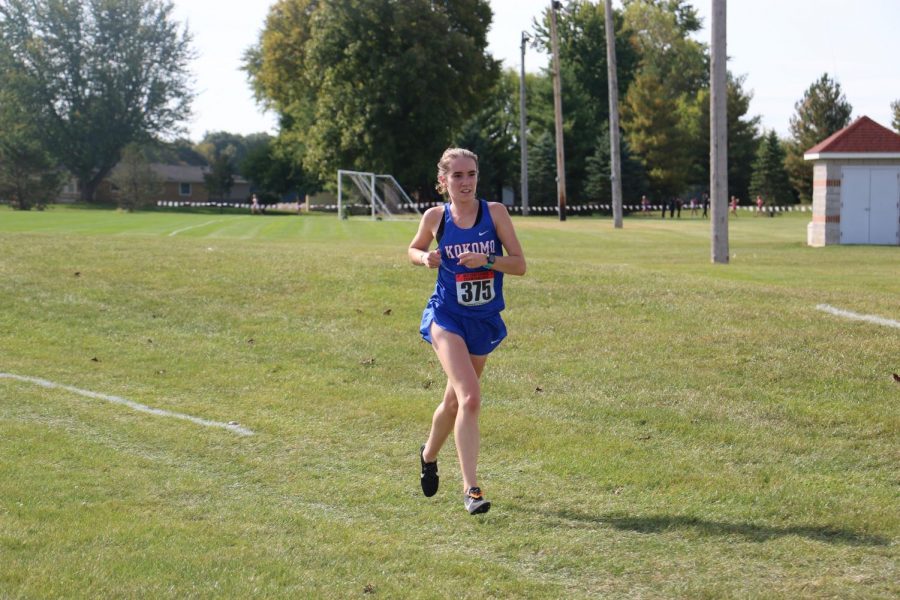 Junior Julynne Spidell competes in the NCC meet at Indiana Wesleyan. Spidell will compete in the regional meet tomorrow after finishing 2nd at the sectional.

Despite having to train for the season by themselves, Keesling feels that the boys’ team as a whole “has been training very efficiently all year.” Before the season, runners had to put themselves through interval training, a series of high intensity workouts interspersed with lower intensity workouts.

But just like all things, Covid has also had an affect on the cross country season. At many of this season’s meets, spectators were limited or not allowed at all. The pandemic also impacted the teams’ training schedule.

“I was not able to condition with the team over the summer because I was unable to be around people outside of my family,” said senior JAylee Copeland. “This delayed my training for the season by a month.”

For many runners, cross country has helped them become more motivated. Many of the boys’ cross country runners cite head coach Jordan Ousley as the source of their motivation to be better runners and even better people.

“Continue to work hard and that hard work will pay off down the road. The beginning is always the hardest, but if you stick with it you will see the fruits of your labor rewarded,” Ousley said.