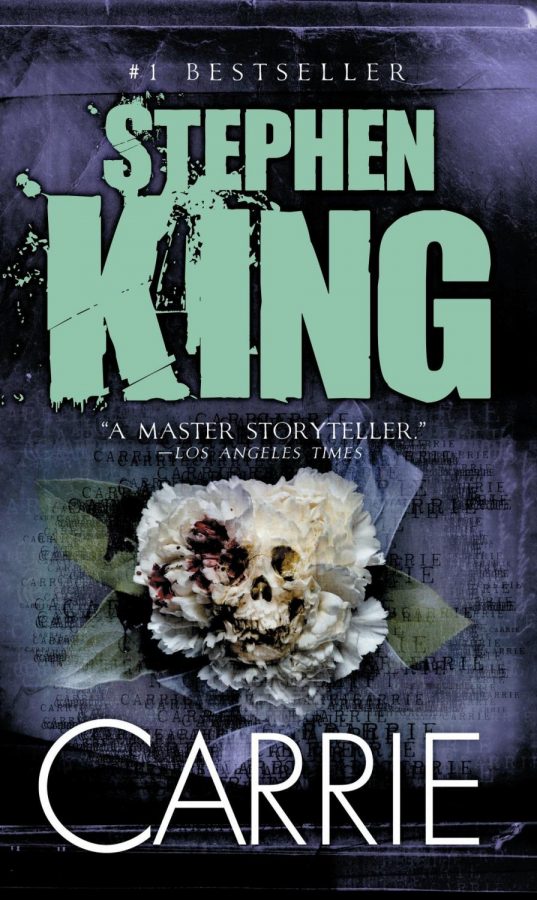 A quintessential story of violence, sin, and daily teenage life, Stephen King’s Carrie has only grown in popularity over the years. The novel has spawned four movies, two musicals, a cancelled television show, and even inspired an episode of the CW’s Riverdale. Carrie was first published in 1974 by Doubleday as King’s debut novel. The story of Carrie White, Ewen High School’s 1979 prom night, and Chamberlain, Maine is told throughout newspaper clippings, court records, splices of in-universe books, and a point of view alternating between Carrie, Chris, Sue, Billy, other minor characters, and an omniscient narrator.

Sixteen year old Carrie White discovers her telekinetic abilities after a traumatic incident in the school locker room when she starts her first period. Although she tries, seeking comfort from her mother Margaret is useless: Margaret views menstruation as the “Curse of Blood” and the “Sin of Intercourse” as the sin that resulted in Adam and Eve being cast out from the Garden of Eden. Sue Snell, a perpetrator of the locker room incident, convinces her boyfriend Tommy to ask Carrie to prom in order to make herself feel better about participating. With new confidence, Carrie slowly gains control over her mother and her situation through violence and fear. However, Carrie is unaware of what mean girl Chris Hargensen and her boyfriend Billy have planned for her on prom night: utter humiliation.

Even after almost fifty years, teenagers can still relate to Carrie. King wrote the novel in his twenties, when he was young enough to remember what it was like to be a teenager. Whether you know what it feels like to be ostracized by all of your peers without a reason, you have a sinking feeling of guilt whenever you remember how you used to ostracize others, or even both, this novel understands. In high school, there aren’t any wholly good people or wholly bad people. Sure, there are selfish people and those who are unkind, but what you see of people during the school day is not all of who they are. Besides, what people don’t seem to understand about teenagers is that, in the end, we’re all just kids trying our best.